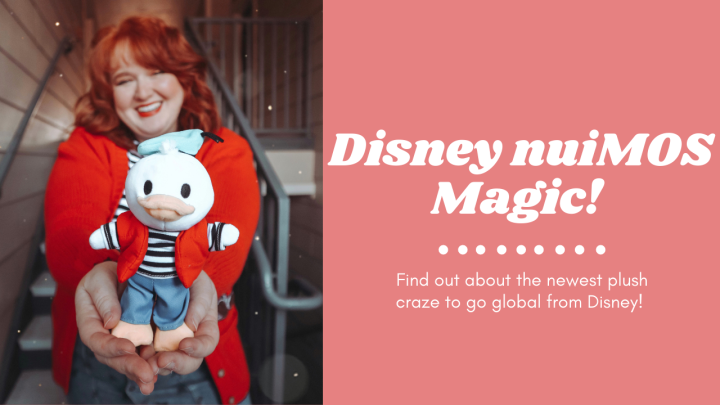 A new plush craze has hit the U.S. Disney Parks and they are too cute?! Say hello to Disney nuiMOS, which are plush dolls made up of some of our favorite Disney characters. They are posable, pocket-sized and can be styled in a ton of different ways! I have always been a big fan of the different plush collections Disney has released in the past, I definitely have way too many Tsum Tsum’s and a Wishable is placed in almost every corner of the apartment at this point?! So, Disney nuiMOS are of course going to be the easiest addition to our ever-growing assortment of fuzzy friends.

Let’s get some background on these cuties, like everything else that is adorable these plushes originated in Japan, releasing in November of 2018. Their first debut collection hosted only four characters: Mickey, Minnie, Daisy and Donald with their stylish outfits themed around Fall/Winter chic. As the release became more popular, in February of 2019 they added Winnie the Pooh, Tigger, Eeyore, and Piglet. The Japan collection has grown to a whopping 25 different characters to choose from, including my two favorites Goofy and his son, Max. Finally the collection has gone global and I cannot wait to see how far this magic can go!

You can find the Disney nuiMOS plushes at Walt Disney World, Downtown Disney District in Disneyland Resort, ShopDisney and ShopDisneyUK, and in Disney Stores across the U.S. and Europe right now! The first release has iconic characters like Mickey, Minnie, Daisy, Donald, Angel and Stitch. They also have over 17+ different stylish outfits and accessories allowing these characters to express themselves however you would like! I have picked some of my most favorite outfits from the release, feel free to take a look through and if you would like to purchase, just click the photo and it will take you directly to ShopDisney! Happy Shopping, my friends!